Interesting footage of an unknown disk shape craft in the sky above Missouri River, Missouri, USA

Witness comments:
I received this pic from a friend of a friend that was deer hunting up on the Missouri River. The attached pic I received from my friend was so intriguing I felt compelled to post it to MUFON to see if anyone else witnessed these objects. According to the person I received the pic from, his friend and another guy were making their way back to the boat ramp after a day of deer hunting along the Missouri River. The sun had set approx. 15 mins. earlier. Looking at the bottom of the clouds in the pic you can tell that the sun is reflecting off the bottom of the cloud. This may be just a very cool sun dog-type reflection, but I was having a hard time explaining the chevron shaped group of lights above the cloud, and the ‘way too evenly spaced’ beams of light coming off what appears to be the sun shining down from the cloud. Notice that the beams are apparently reflecting off the River. Apparently the event only lasted seconds and was gone, but I haven’t talked to the person that took the pic personally. The “orange orb” events I mentioned earlier were witnessed by multiple people, but are not documented with pictures, and a completely different event[s]. I’m unsure if the person that took the pic would be willing to talk to anyone about it, but I could ask if you’d like to get more details about the event. 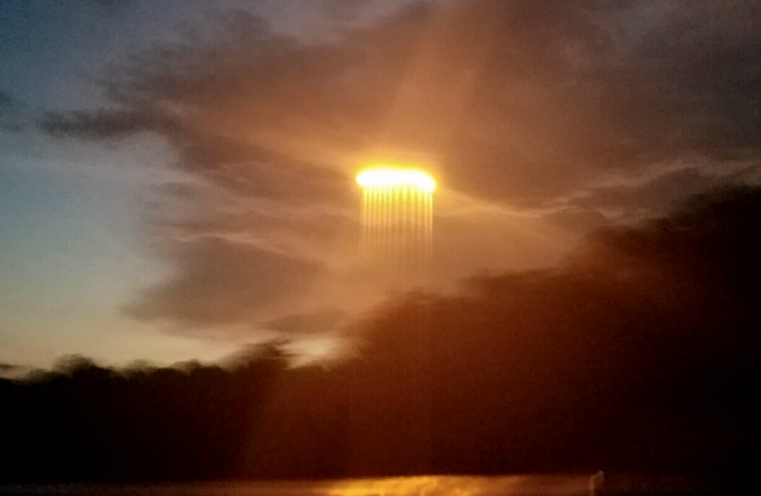 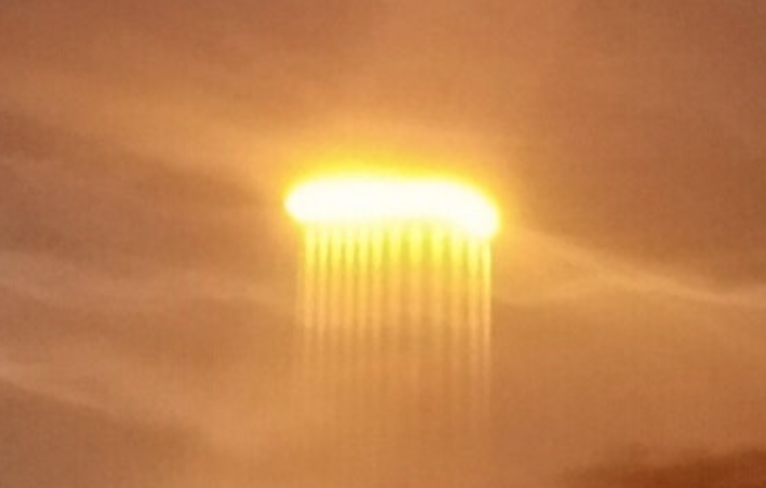 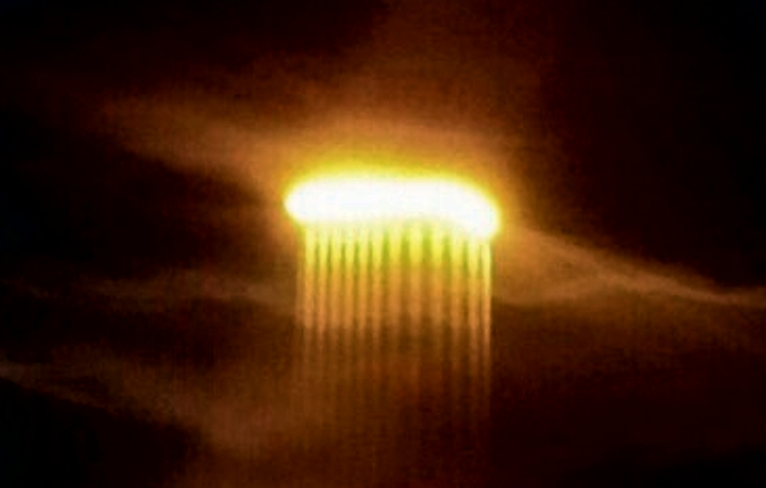 UFO Footage Recorded Over BC Canada – 2003