Interesting photo of an unknown purple light in the sky above Long Island, New York, USA.

Witness comment:
I was walking with a companion from my home in Long Island City on 24th Street (another light, remaining stationary over that location, had changed color from purple to red – in response to a specific request from me, at Stephen Greer’s online direction – last May 2017) along Northern Boulevard (Route 25A East) when a similar purple light was seen hovering above a supermarket strip plaza on the south side; immediately upon making eye contact, it began to follow us – have wondered if the same light HAD been present since we left but, no way of knowing for sure – and continued to until arriving at Home Depot where it, for lack of a better description, WAITED for us at least a half-hour until we came out, also exhibiting the same behavior when exiting a Popeye’s and Food Bazaar on the way back, where ANOTHER of them then seemed to JOIN the one that had first appeared to me there – or it may have been somehow split, as the attached photo suggests, continuing to follow us to my residence and the same general location as on previous occasions…..(NOTE: numerous other photos taken in course of experience; available upon request – as couldn’t be all submitted through this interface) 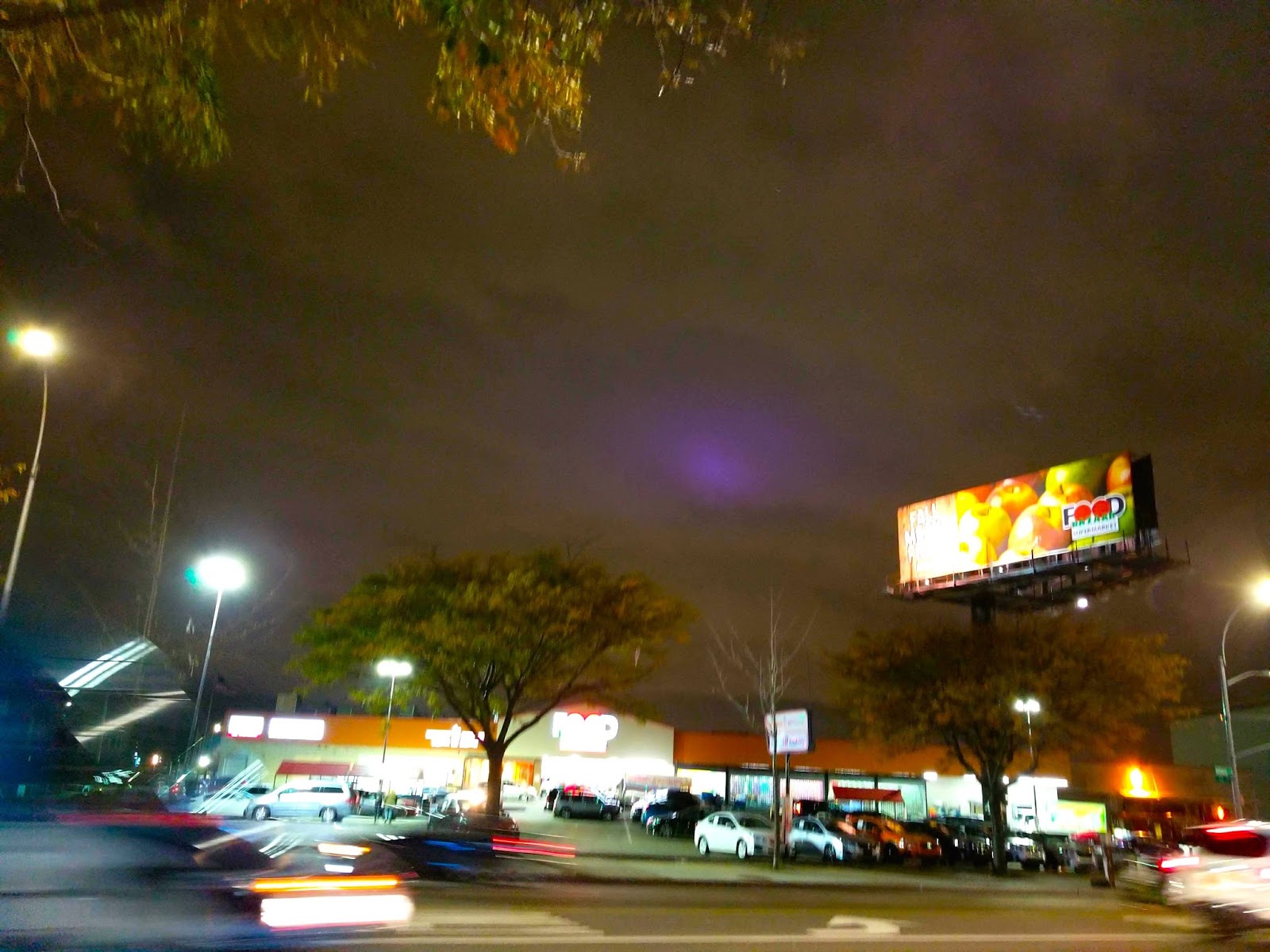 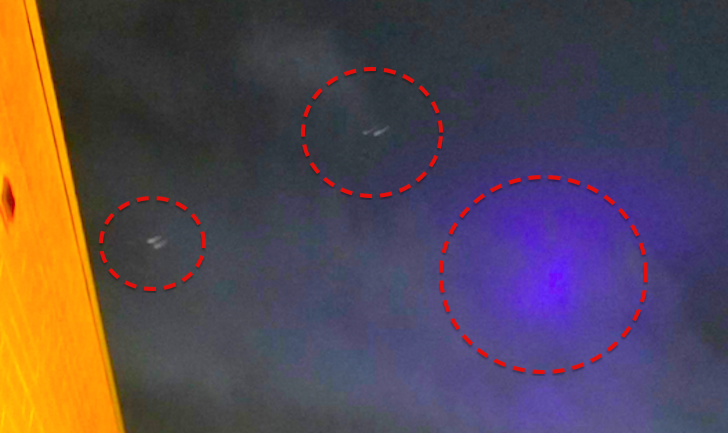 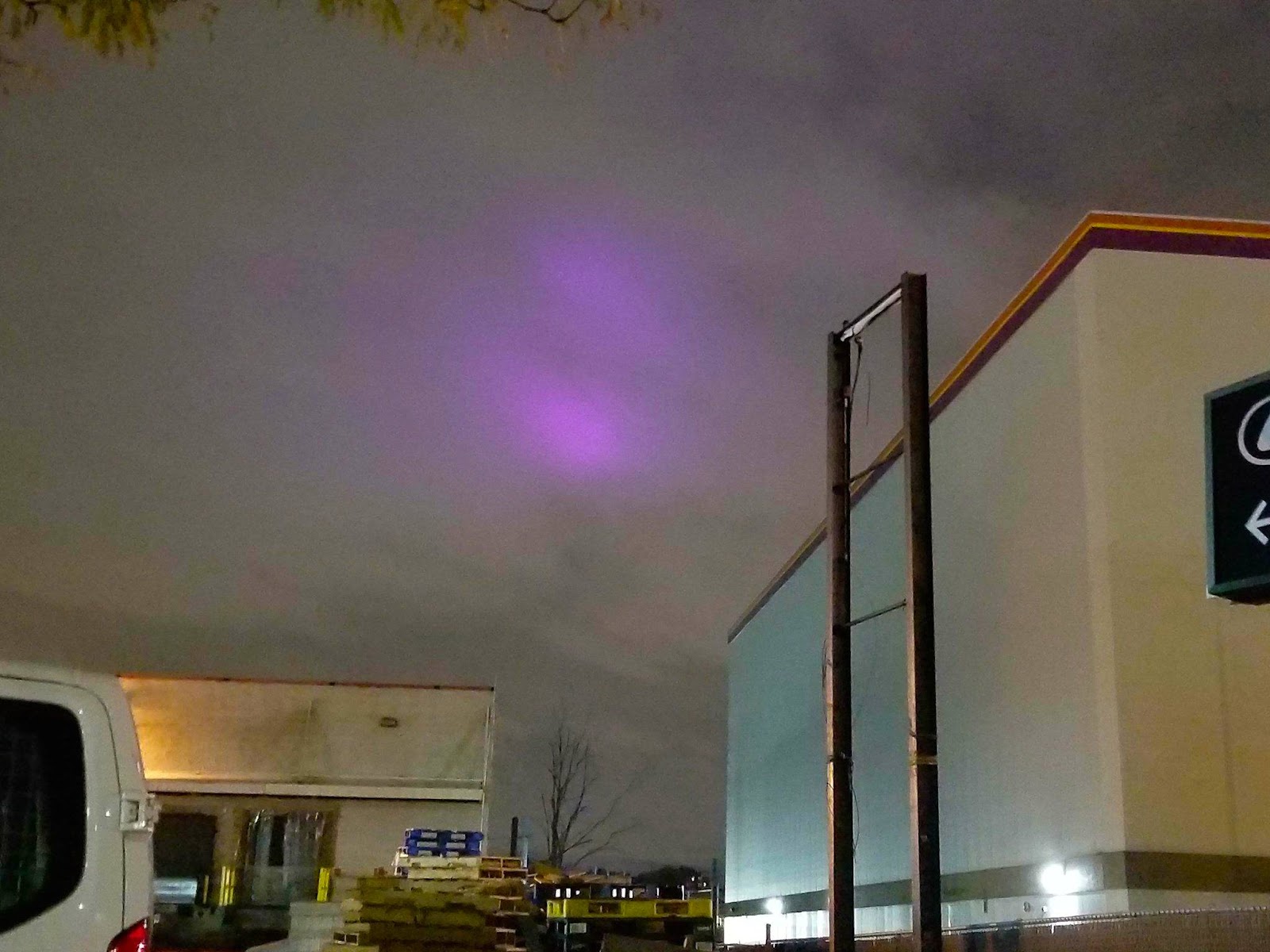 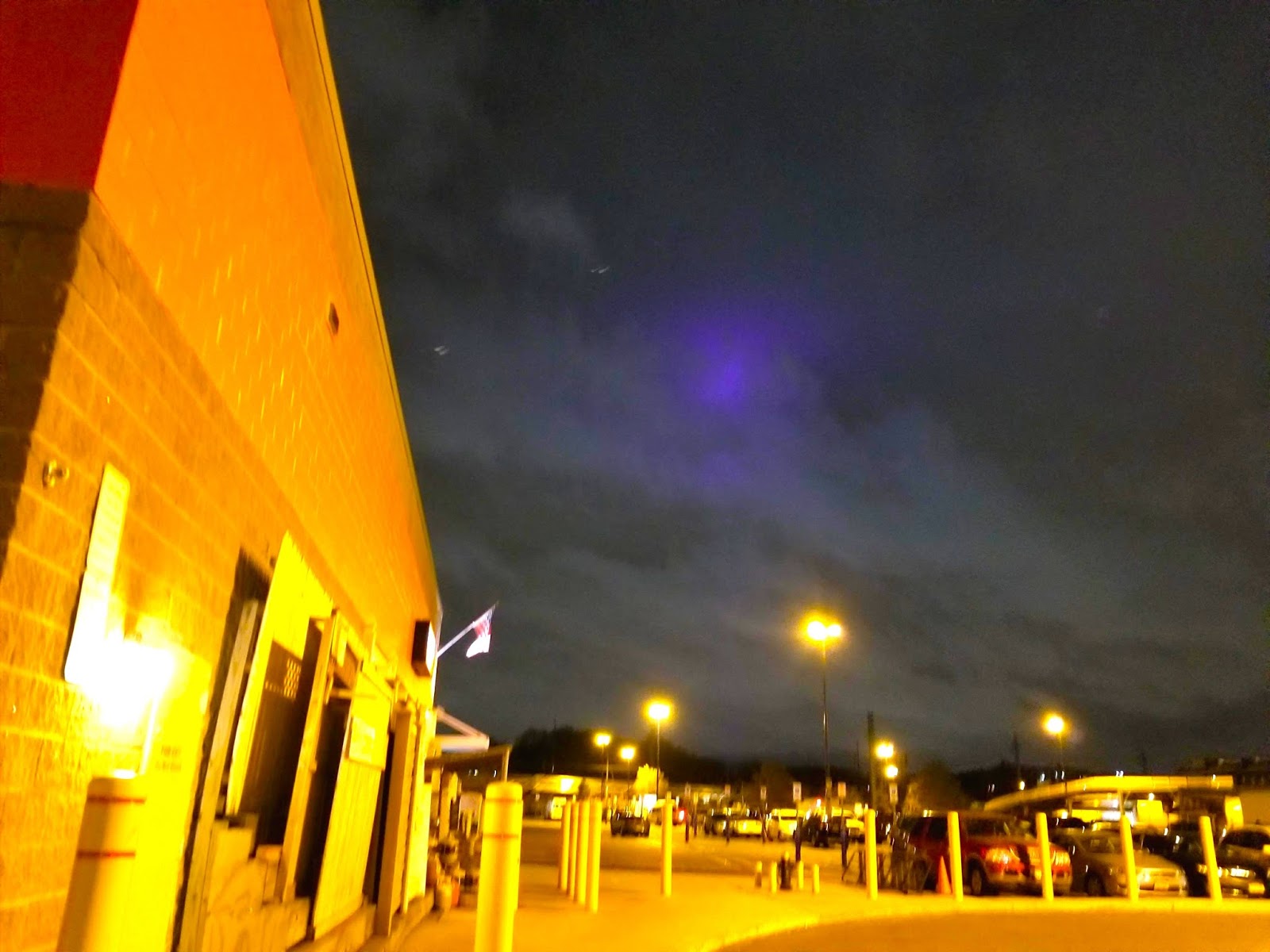 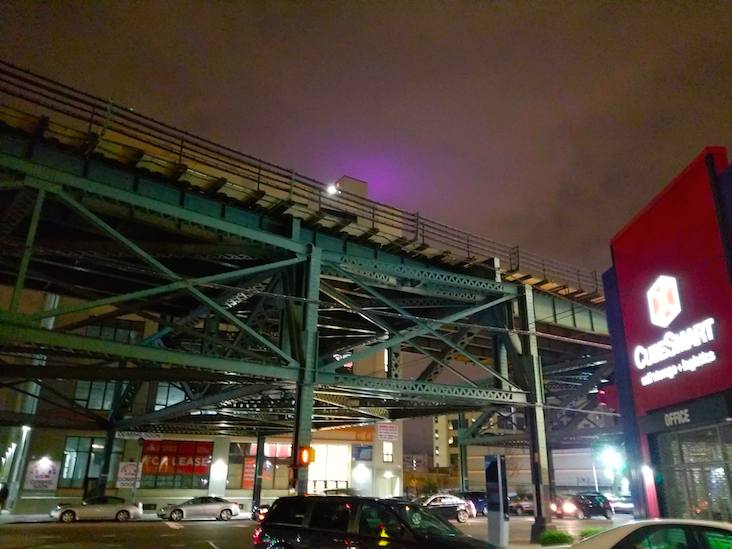